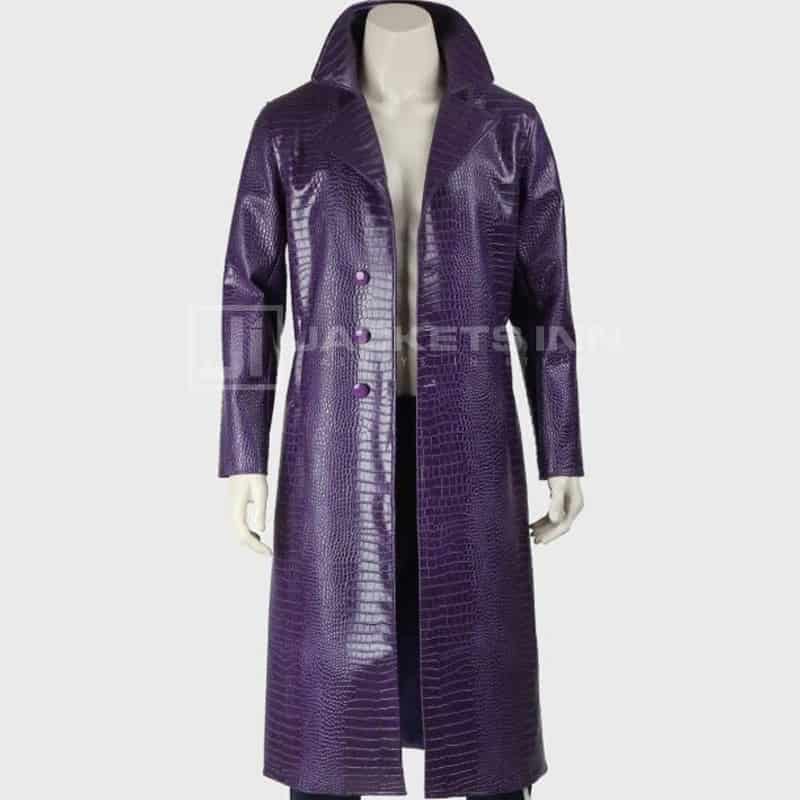 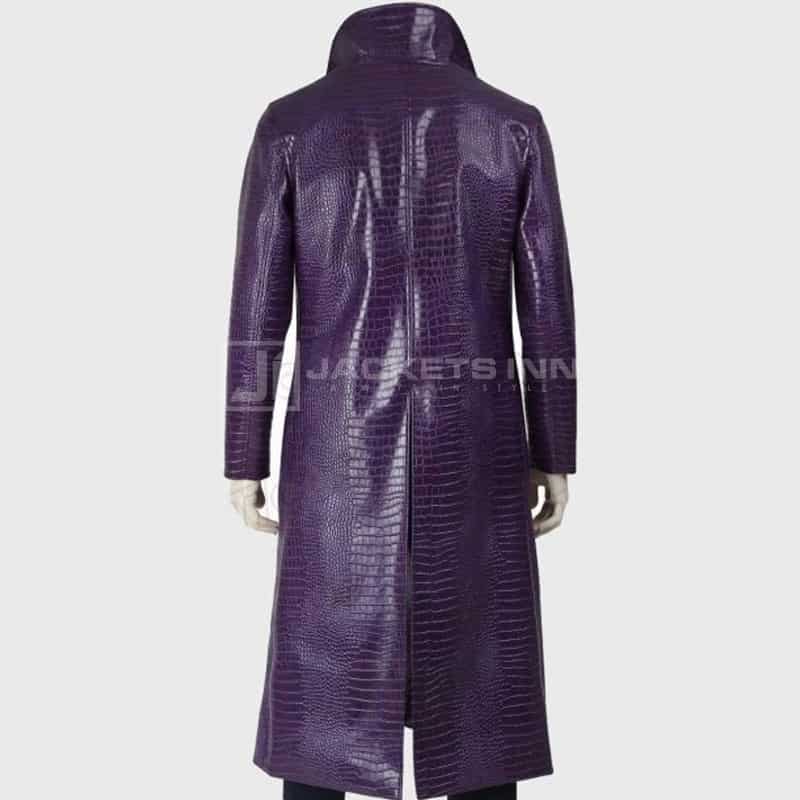 The presented Joker Purple Trench Coat is a facsimile of the coat that he wore in Suicide Squad. In the movie, Joker is one of the villains whom Batman brings to Arkham Asylum after he captures him. At Arkham Asylum, Joker meets Harleen Quinzel with whom he begins a relationship. He then convinces Harleen to bring him weapons due to which he wreaks havoc at Arkham Asylum and kills everyone. He also turns Harley insane when she requests to bring him in. Joker is also known as the King Of Gotham City. When Amanda Wallers takes Harley for Suicide Squad, Joker plans to rescue her. He then also attacks at ARGUS and prepares to rescue Harley. When he escapes with Harley, Amanda Wallers shoots his helicopter due to which it crashes. In the end, Joker rescues Harley. Jared Leto portrayed the role of Joker.

This Suicide Squad Joker Coat is a formation of the best-quality PU leather and comprises of an inner stitched viscose lining to keep you comfortable. Its specifications comprehend a peak lapel collar, open hem cuffs, and front button closure. The jacket also involves two inside pockets and two pockets at the waist.