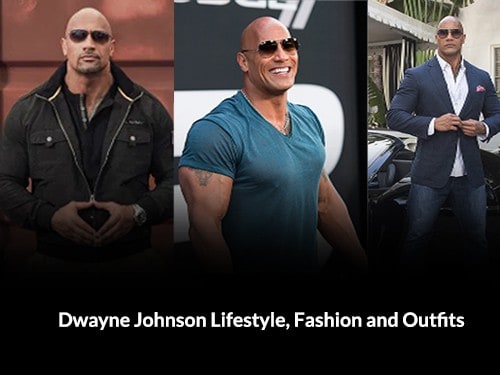 It is safe to say, that Dwayne “The Rock” Johnson is one of the more famous celebrities out in Hollywood currently. Starting out, his first foray in to the entertainment industry was as an “entertainment wrestler”. Going by the pseudonym “The Rock”, he was a part of the World Wrestling Entertainment, or WWE, which at the time was known as World Wrestling Federation, or WWF. An icon in the world of wrestling, as well a third generation wrestler, The Rock’s eight year professional wrestling career is the highlight for any fan of wrestling from the 90’s.

The Man behind the Name:

Arguably one of the most famous wrestler of his time, he decided to turn his artistic and theatrical talents towards the big screen in his big Hollywood debut in 2002, as the lead character of “The Scorpion King”. He then went on to star in many successful movies and TV shows, and has been a part of revitalizing and boosting different franchises. His portrayal of Luke Hobbs in the “Fast and Furious” franchise, and the “G.I. Joe” film series are examples of this. He was also named the highest grossing actor in 2013, where his films brought in $1.3 billion worldwide, largely in part due to “Fast and Furious 6”.

He co-owns a production company with his ex-wife Dany Garcia, by the name of “Seven Bucks Productions”, is a sponsor for numerous brands, and is also an avid Youtuber.

It is a known thing to get to such a level of fame, you need to have an easygoing personality, the business sense, obviously the looks, and most important of all – the style. And considering the fact that The Rock is a six foot five masterpiece of carefully sculpted muscles, it cannot be easy to be stylish. But with his intuitive stylist Ilaria Urbinati at his side, he has been able to portray a sophisticated yet trendy look that can be emulated by many vertically stacked people to good effect.

The Multi-faceted sides to The Rock’s Fashion:

Now, for a man his size, it is rare or almost impossible to find clothes off the rack that fit well. Therefore, The Rock’s style is deeply dependent on tailoring. Going for the tried-and-true classic fits, he has developed a style that suits his physique and plays its part well in depicting him as a man of fashion. His color pallet is muted, mostly neutral shades and tones, with the occasional check pattern thrown in as a way to diversify his wardrobe. Straight cut trousers paired with “sensible” shoes rounds off his wardrobe.

Let’s look at some of the other styles he sports generally:

When going about town running errands, The Rock likes to pair simple T-shirts and polo shirts with a pair of chinos or denim pants. While the wardrobe is casual, it’s the fit that demands attention. His style of shirts is the perfect guiding tool on how a shirt should fit someone. While generally large people tend to wear baggy clothes for the sake of comfort, he prefers shirts that accentuate his tapered physique, yet not overtly form hugging. The sleeves that come up to mid-biceps are the perfect length to accentuate his impressive physique. Pairing that with the trademarked Dwayne Johnson leather jacket – that is the brown distressed leather jacket he wore in the “Rampage”, with a short collar and subdued fit, is the perfect recipe for the stylish yet casual outfit for the discerning man.

His suiting styles sports many pinstriped and other vintage designs, which might seem odd from a layperson’s view, but serve a specific purpose. Not only do these styles accentuate his subdued look, designs such as the pin stripes allow him to have suits that aid in elongating his body as well as appear slimmer. Similarly, he opts for materials and colors that work well with the cameras to give more vibrant shots. An example can be the use of midnight blue velvet over black for a photo-shoot, as the dark blue shade appears darker under the camera compared to black, which washes out in to a dark gray shade under the artificial camera light.

Whether it’s a fully formal event or a more casual red carpet event, Dwayne “The Rock” Johnson is ready to dress it up according to the situation. While he likes a good suit and tie combo very much, some occasions demand for a bit more casual yet still sophisticated look. For that, swapping out the collared shirt and tie for a crew-necked shirt in a block color, or a roll neck in a classic color and a thinner material like cashmere, and paring that with a jacket and slacks is the ideal wardrobe. To extend the wardrobe further, wearing a show with a narrower profile allows him to make his wardrobe more streamlined.

Dwayne Johnson regularly tries to incorporate leather jackets and vests into his casual wear wardrobe. The Dwayne Johnson Leather vest look has also recently become popular, especially after the ninth installment of the “Fast and Furious” franchise. Similarly, plain styles of jackets as well as the more popular replica styles have become a common pairing for many emulating the star’s fashion.

The Rock generally prefers to wear the simpler styles of jackets, or the more form accentuating racer style leather jackets, which have little to no padding, and can be smartly paired with a pair of regular fit jeans and a pair of sneakers. Similarly, he likes to sport leather vests paired with crew-neck T-shirts or Polo shirts, some chinos and a comfortable pair of moccasins.

The F9 Dwayne Johnson vest was one of the most searched after clothing item after the release of the ninth installment of the “Fast and Furious” franchise.

If you too would like to buy men’s leather jacket, something to enhance and boost your style like Dwayne “The Rock” Johnson, visit Jackets Inn to browse our collection of fashionable and functional leather jackets.

Top Street Style Leather Jacket for Women to Wear in 2020

Captian America Costume Over The Years: All You Need To Know